During the past few months, I’ve had the privilege of experiencing two trips to Athens. Presenting at the Athens Biennale was the purpose of the first trip. In addition to preparing and presenting 2 lectures, my husband and I spent every waking moment trying to absorb and understand this incredible city. Three days was not enough, so for my summer holiday, we spent a week in Athens in addition to a glorious few days on an island a couple of hours away. It wasn’t all play, however. I gave a talk at Embros, a squatted theatre in the middle of Athens.

There are a few reasons why I find Athens so fascinating. As a child, I read Greek myths and possessed vague ideas about living in Athens, with a giant statue of Athena in the middle of the city, and trying to avoid the wrath of the gods. When I lived in Cyprus, most Greek Cypriots disdained Athens as a chaotic, dysfunctional, traffic filled urban hell hole. Cypriots prided themselves on how organized and orderly Nicosia was in comparison to Athens. Living in an anarchist squatters community in Amsterdam, my fellow squatters admired Athens for its widespread and vibrant anarchist movement and the daily street battles between anarchists and the police to protest state violence and austerity. 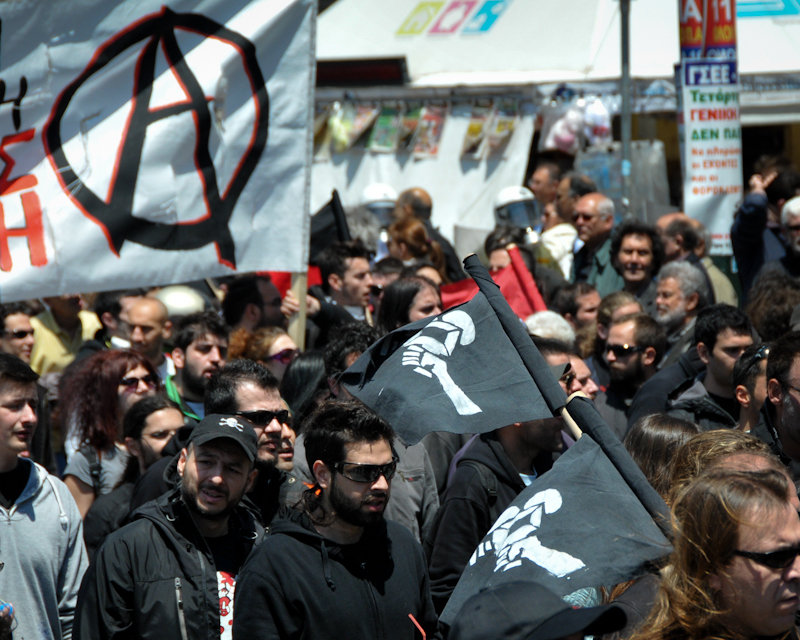 During my first trip to Athens, the experience was a shock of contrasts. We stayed at the Intercontinental as guests of the Biennale. The Intercontinental donated rooms to international guests as a means to support the Biennale and so we found ourselves in the lap of luxury in a city where the majority of the population is in desperate financial straits.

We didn’t have to look too far to see the poverty. The Intercontinental is not located in Plaka, a beautiful part of Athens with adorable cafes and historic buildings. Rather, its on a main traffic artery. Behind the hotel was a housing development, most likely built in the 1960s, in deteriorating state. There was graffiti everywhere and the tram line was close by, so we often walked past these housing estates and I wondered about their history. In the neighborhood around the hotel, there was a respectable number of sex workers who dressed like the average club hopping Londoner on a Friday night.

The period of the street riots had passed so for neither visit did I witness the fighting that seems to define Athens to the outside world. Instead, I found myself surprised by a number of aspects of the city. First off, public infrastructure was in an impressively good state. There were new trams and metros which ran efficiently and speedily through the city. Secondly, the cafes and restaurants were substantially more expensive than I had anticipated for a city where the majority of young people are unemployed and wages have been cut. Cafes were more expensive than in Vienna, Amsterdam, or Munich, three cities that are considerably more wealthy. Moreover, cafes and restaurants were full! I had imagined that these spaces would be empty due to lack of disposable income among middle class Athenians, but instead, the city was hopping with vibrancy. I had assumed that people would cut down on such consumption to save money but I suspect that Athenians were experiencing crisis fatigue and decided to continue living their lives as normally as they could without the constant fear of the crisis impacting on their behavior.

Thirdly, the city felt safe. I’ve lived in Montevideo and Buenos Aires during el corralito, the South American debt and currency crisis in the early 2000s, and I watched Buenos Aires deteriorate into a place where muggings and street violence is common. In contrast, in Athens, I saw people with wallets in their backpockets who seem undisturbed, with their smartphones and computers out without worrying about these items being stolen, and most impressively, young women out and about late at night, alone and in groups, without worrying for their personal safety. 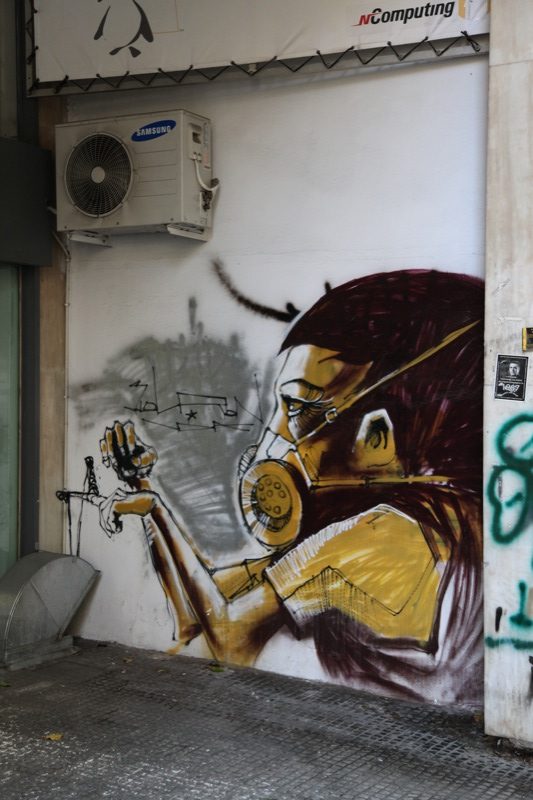 The high level of public infrastructure and the relative sense of personal safety was particularly impressive compared to Philadelphia, where I spent a week in March. Philadelphia is a major American city that is not in the center of an economic crisis such as Athens or even Detroit, and yet many of Athens’ amenities were absent. The public transportation was shamefully unmaintained, slow, and inefficient. The public landscape of the city, with its burned out warehouses and the immense poverty, were dramatic compared to the relatively high state of infrastructure in Athens. Given these comparisons, what does it mean to be in crisis?