It’s been an eventful spring.

In my last post, I mentioned that I was going off to the forum, “Lets Squat Something,” organized by Casco to mark the conclusion of the broadcast of “Our Autonomous Life.” Videos of the event are available on the sitcom website.

The forum was incredibly vibrant and insightful. I had imagined a structure in which a panel would present in the front an audience, followed by a discussion. 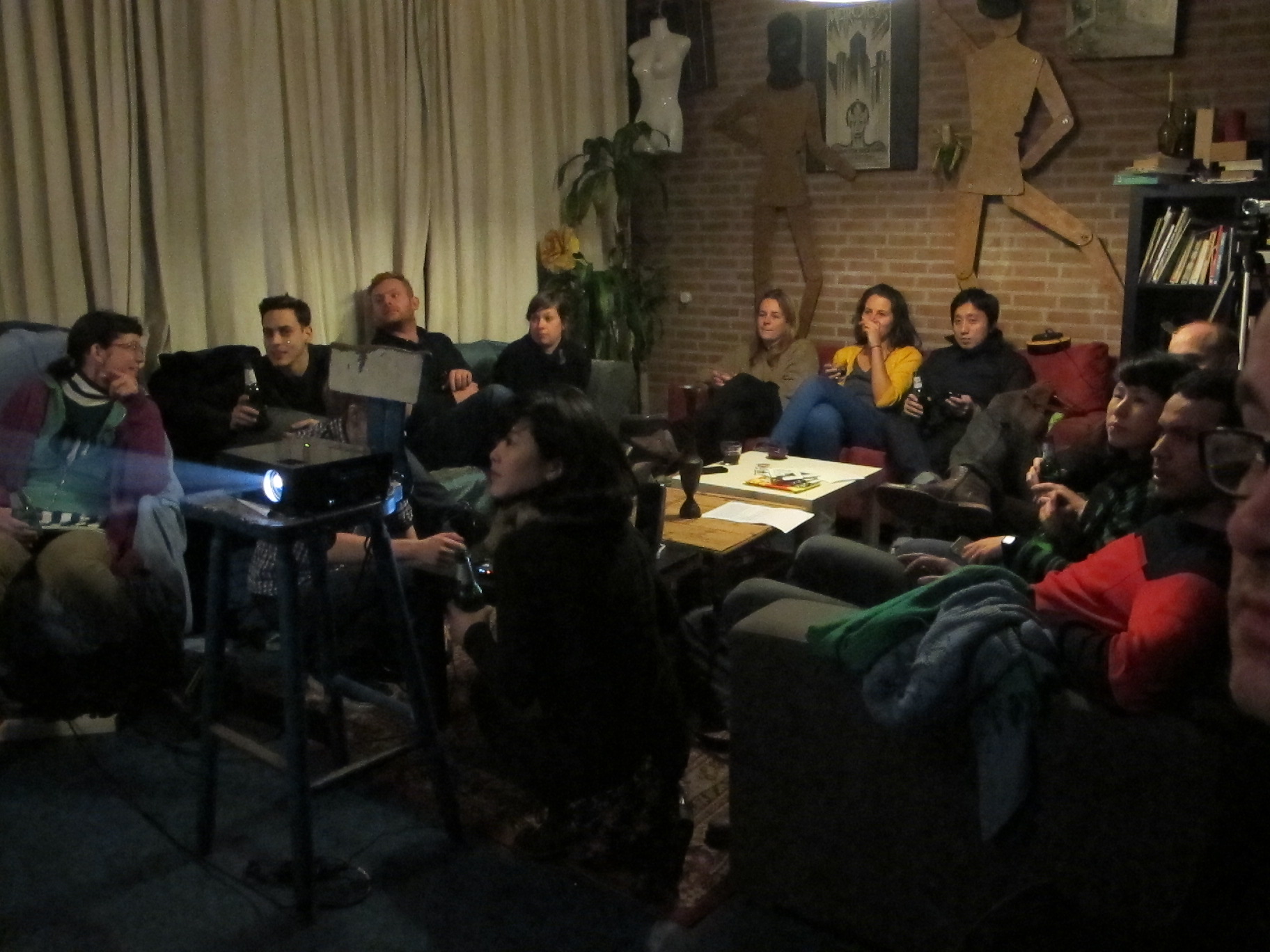 Instead, Casco structured the event to maximize discussion and participation. After a short introduction, we were separated into two groups facilitated by cast members from Our Autonomous Life. One group’s very passionate discussion is available to view on the link above. In the discussion in which I participated—which was not videotaped—the facilitator, Klaar, who plays Peter in the sitcom, asked us to answer the question, “Am I how I live?

I found this question strategically provocative. In the preparatory discussions that I had with Maiko and Mariska from Casco, I emphasized that the forum should connect how people’s housing choices were also ideological decisions. Specifically, I was concerned that the forum would be full of people from the so-called creative industries who take a particular subversive political position, and yet, those same people live and work as anti-squatters, and thus, undermine the very ideologies that they claim to espouse. This concern arises from the fact that artist studios and exhibition spaces are frequently rented cheaply from anti-squat agencies. Ultimately, low-cost anti-squat spaces enable the practice of the art world while serving to prevent these spaces from being squatted.

Given the silence around the contradiction between how one lives and how one identifies oneself ideologically, we considered the best way to productively engage with these issues without alienating people or making them feel defensive. Hence, Klaar’s question seemed like an opening frame to begin considering a potential troublesome topic.

Unfortunately, it seemed that I was the only person in the group who found the question engaging. Other participants mocked the question. I found this reaction a bit disrespectful and lacking empathy since Klaar was doing her best to allow a diversity of responses. When some participants continued to resist the question and the moderator’s attempts to create a discussion, I then asked, “Are you saying that you have never felt uncomfortable in a living situation or a disconnect between yourself and how you lived.” This question was not answered.

It’s possible that the resistance to the question reflected a cultural difference. In my experience in the Netherlands, a taboo seemed to exist around expressing emotions and examining emotional nuances and ambivalence—particularly among men. Talking about how “I feel” may have seemed overly personal and possibly invasive in a group of strangers, because it creates unnecessary vulnerabilities. While I understand such cultural differences and the reluctance to talk about one’s emotions, I also experience this lack of reflection as deadening artistic and intellectual discourse.

After the small group discussions, we reconvened in a larger group moderated by Bart, who plays kraakbonz Dirk in episode 3. Bart is the chair of a tenants association in Amsterdam North, that is currently battling Ymere to prevent their houses from being demolished. We shared experiences of housing campaigns, struggles against gentrification and the displacement of low-income tenants from centrally located neighbourhoods. This discussion is featured in the link above and further developed in Casco’s recently created “Charter on the Future of Squatting in the Netherlands.”