I recently presented during the Open Studios of Studio Strike in Clapham. I had rented a space in the studio for nearly a year—from July 2012 to the end of April 2013 and loved it! I’m still a member of the collective, which incorporates people who are both physically present and those of us who are virtual members.

I decided to join the studio because after nearly a year of living and working at home, I realized that I wanted to have a workspace separate from where I lived. I also found working at home to be quite isolating and sought the stimulus and engagement of sharing space with others.

Studio Strike provided the perfect opportunity. The studio is located about a mile away from my old apartment in Stockwell. The collective featured a range of tenants working on diverse projects, including a textile artist, a composer/musician, a photographer, graphic designers, an illustrator and a group of filmmakers.  The studio’s ethos also appealed to me. In particular, I admired the month long film festival, events, and talks that the studio had organized to commemorate the centennial of the Bread and Roses strike in 1912.  Moreover, the workspaces were extremely affordable since the building’s owner, the Workers Beer Company, had decided to rent the space at low cost to artists to attract a different group of people to the Bread and Roses pub and event space. 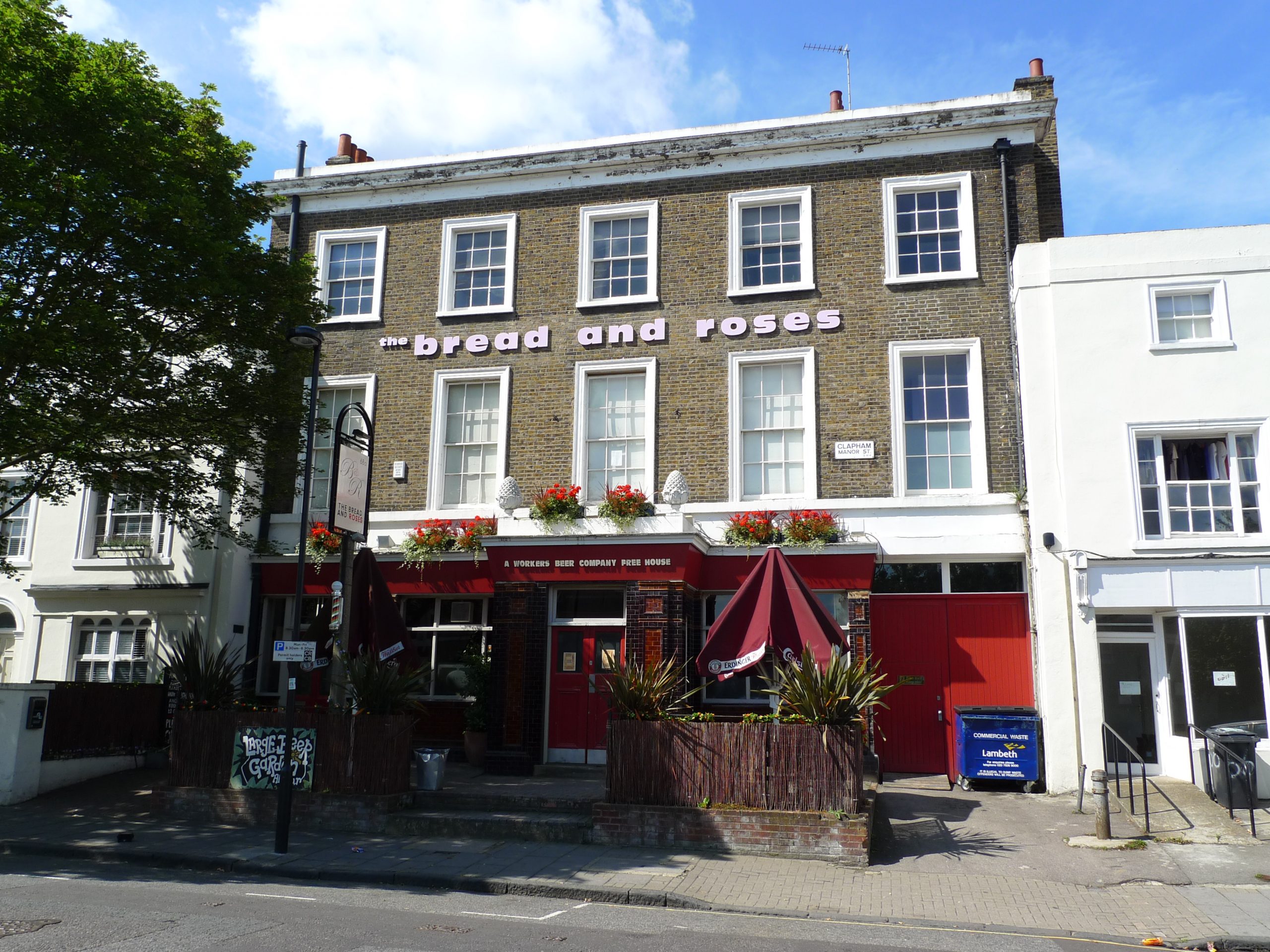 I decided to stop renting the space because I was leaving South London for nearly the polar opposite—the wilds of the Northwest. Goodbye crusty and treeless triad of Stockwell, Brixton, and Clapham. Farewell to the heavy car traffic, dubious meats, Portuguese restaurants, African traders, evangelicals, and that particular breed of hot yoga skinny blondes who abound in Clapham. Hello to my new land of Zadie Smith novels, green neighborhoods, responsive local politicians, Lebanese restaurants and abundant infrastructure. I hope that I can still afford to live here when my rental contract is up.

Anyway, my talk at the open studios ended up accidentally being my farewell, so it was a bit bittersweet. The audience was comprised mostly of studio members, along with friends and people who specifically came to hear me and, Natasha Caruana, a photographer.

I gave a more extensive version of the talk that I gave at Sense Worldwide. I actually used slides, but this time,  I cut in clips of the sitcom to illustrate the point. I was a bit more relaxed than usual since I knew most of the people in the audience, having shared space, and more importantly, chatted ‘interstitially’ with them for nearly a year. On the other hand, I was moving house the next day and extremely tense in that moving house kind of way.

In general, the talk went quite well. The audience was quite engaged and asked incredibly interesting and provocative questions. One person seemed a bit offended by my findings, which often happens at my talks.

In fact, I believe that after 4 years of doing presentations, I’ve come up with the social profile of those  who publicly express how offended they are by my work. This person is never a squatter or an activist. It’s always someone who is peripheral to radical left social movements. Someone who is friends with activists/squatters, spends time in spaces, and identifies strongly with the movements, but does not invest time/energy by organizing actions and campaigns, and is, in-fact, politically inactive.

If these folks are peripheral to social movements, why do they feel so offended when, as far as I see it, they don’t seem to have much at stake? I believe that radical left social movements for such people serve as important, symbolic beacons that shape their identities and ideological positions. They need to uphold an ideal image of such movements. Thus, when I critically analyze social movement dynamics, they feel offended if they sense that their utopias—which they do not participate in building or in maintaining—are being torn apart.

“I’m sorry. I’m so so sorry.”: Notes on the aggressive apology in neoliberal Britain