This week has been a high visibility week for the sitcom. First off, the sitcom was screened and presented by CASCO Projects as part of the Dutch Assembly in the ARCO art fair in Madrid.

Secondly, the Squatting Europe Kollective (SQEK), a group of researchers who focus on squatting and social centers in Europe, screened the sitcom at their conference in New York (why does a group of researchers based in Europe meet in the U.S is another question….).  Here’s the conference schedule.  The sitcom will be showing as part of SQEK’s Living Library at the Interface Archives in Brooklyn. I’m also a member of this group but am ‘lightly’ active for my personal standards of participation.  I participate in some email correspondence, have attended the inaugural meeting in Madrid in 2009, and organized a mini-meeting in Amsterdam with Hans Pruijt in 2011.  I generally enjoy meeting other researchers and have greatly benefitted from being part of this network.

Thirdly, CASCO screened episodes 1-3 on Friday night, February 24th, as part of their week long set of events commemorating the ending of the Grand Domestic Revolution Exhibition. Following the episode, Aetzel Griffoen spoke about activism in general and a discussion followed.

Lastly, episodes 1-3 were screened at the School of Ideas, a squatted social center that is part of Occupy London. I was present along with Momo, a former squatter with 15 years of experience in the Dutch squatters movement. We aimed for an interactive, fun and provocative presentation. After every episode, we staged a mini-debate, in which Momo played,  “Inspiring Narrative” and I played, “Honest Introspection.” In the mini-debate, we held up white signs with these titles, which is how the allegorical characters in the sitcom identified themselves. The screening was well-attended. Afterwards, Momo and I spoke with a few English activists about their experiences in the radical left/squatting scenes.

This was my first experience discussing my research to an activist audience outside of the Netherlands. I have to say that the screening at the School of ideas made me realize how much the sitcom and subsequently, my research (or the other way around since the sitcom is a product of my research), is specific to the Dutch activist and squat scene.  My work is focused on intricate patterns of behavior and how power dynamics are reproduced in an environment that claims to reject ‘the mainstream.’   It assumes an ideological coherence and consensus which, as far as I can see, does not strongly exist in the British squat scene or in Occupy London.

I have a few thoughts as to why ideology and political conviction seem dispersed and relatively weak in London. London is such a megacity and hence, people live quite far from each other. Consequently, it lacks the density and tight knit community enabled by the smaller size of cities like Amsterdam and Bristol.  Also, the political context of London differs so much from Amsterdam which hugely impacts the ideological coherence of activists.  For example, there are almost no tenants rights for private renters in London. In Amsterdam, all tenants–private and public– have enormous rights (whether they claim those rights to enforce them is another matter).  The legal and political consensus on tenants rights sets a standard for the squatters movement in the Netherlands (despite the anarcho/anti-state rhetoric).  Squatters in NL fight for tenants rights and affordable housing because such standards already exist in legal discourse. In London, since such rights don’t already exist, activists can’t even imagine such possibilities and thus, do not fight for them.

As I watched the audience watching the sitcom, I thought about how the conflicts from the sitcom translate in the understanding of people who are in the squat scene/Occupy London.  I wondered if the assumptions about communal living, pooling resources, showing reliability and skills, and accountability are part of an explicit ideological discourse or if it seemed completely foreign and absurd. 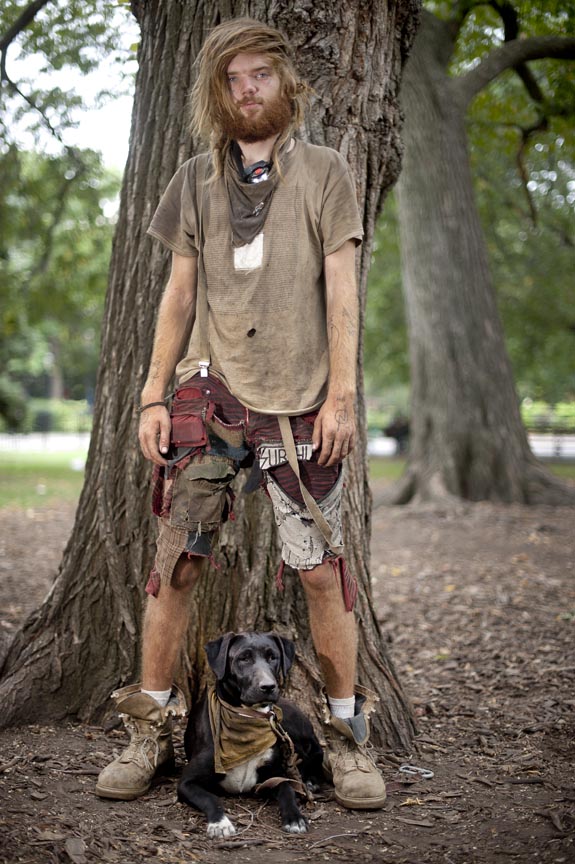